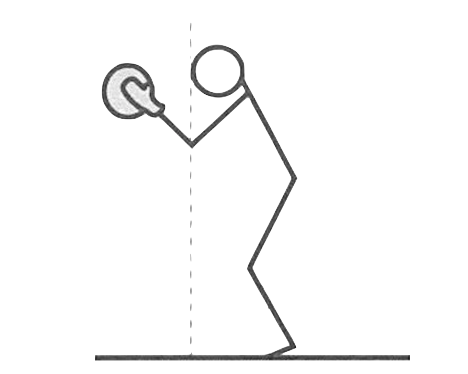 In this issue I want to talk about basic handling, I believe this is an area that is over looked by many people working with goalkeepers. We have all heard or been part of the conversations about the goalkeeping coach VS goalkeeping trainer and it is with the latter that I think handling is overlooked. Obviously all aspects of goalkeeping, techniques, tactics and the physiological side of the game are important and shouldn’t be overlooked, however a goalkeepers handling is there bread and butter. Whether it is a youth keeper learning their trade or a seasoned professional, time needs to be spent not only training the different types of handling but also teaching and correcting weaknesses within the technique. As a GK coach it is our job to make these techniques habitual for the GK, as well as making sure we don’t just work on our own, but include the Gk’s in sessions with the team to get the transfer of tactics and the understanding of the full picture.

There are multiple types of handling, the W or Contour Catch for shots at chest height or above, the cup or basket catch for shots below chest height, scooping the ball for shots along the floor, handling when diving/smothering which can be a mix of the previous three and the use of the ground, and last high balls and crosses which are an entirely different topic. When I refer to Basic Handling I am talking about shots that come down the middle third of the goal and for age and level should be kept hold of. In the modern game what SHOULD be held is decreasing especially at the higher end of the game. Because of player’s ability to move the ball, the amount of pace of ball, along with the liveliness of the modern balls, the amount of balls, which may be effectively caught, has decreased. We will cover blocking, reactions, and moving the ball into safe areas of the field in another issue.

When working with your keepers here are some points to be looking for in correcting technique. To start with is the set/ready position, which is the same for most of the basic handling, except for how high or low you set. 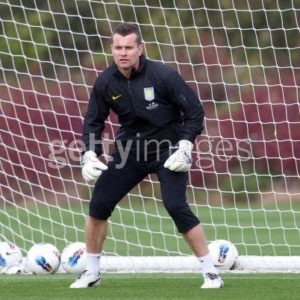 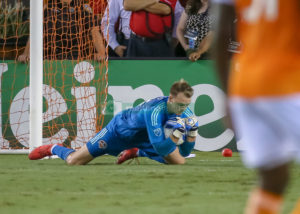 With all the technical aspects covered above the distance of the shot, the type of shot, and how much traffic is in front of them, will change how high or low the GK

sets. These are just the main points a goalkeeping coach should make sure are correct. When working on basic handling the GK coach needs to bring positioning into the drills, it is good to work on handling with footwork and drills outside of the goal, however the last couple of drills should be done in the goal to work on positioning. Then once the GK is in with the team the GK coach can continue the technical corrections while also working on the tactical aspects.