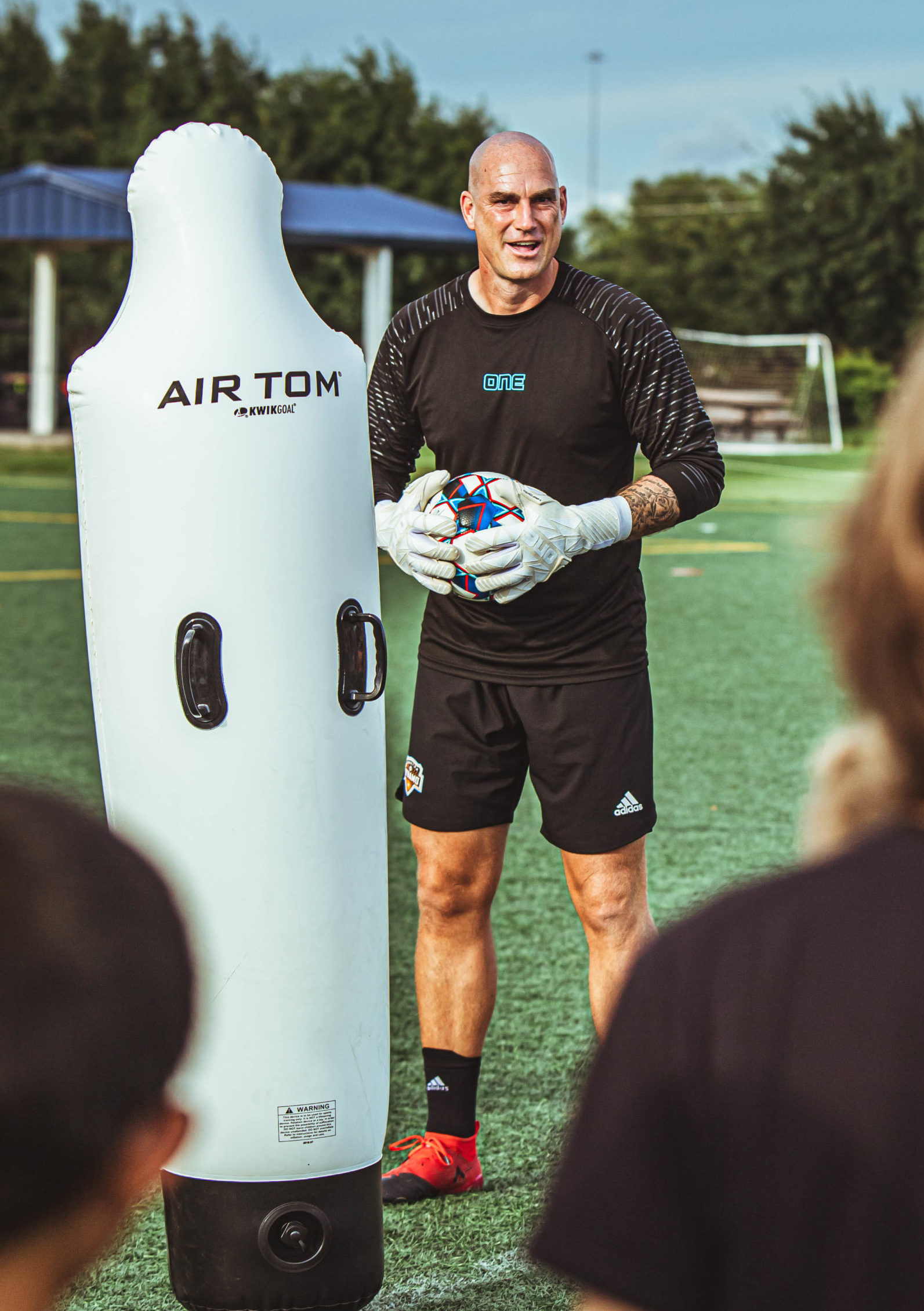 Paul is the owner of Performance Goalkeeping and runs the PGK training sessions. A goalkeeping junkie Paul is a UEFA, UEFA GK, USSF, NSCAA qualified coach as well as a USSF coach educator.

Paul is currently Director of Goalkeeping and 1st team goalkeeping coach for FC Cincinnati of the MLS. Formerly of the Houston Dynamo FC, the US Women’s National Team, and Canadian National Team. In his time with the US National Team he has Won Gold at the 2012 London Olympics, a runner up at the FIFA World Cup in 2011 and won 2 Algarve cups to name a few.

Before his time with FC Cincinnati, Houston Dynamo and US Soccer Paul coached with the Canadian Women’s National Team in a similar roll. In his time with the Canadians Paul was on the coaching staff that qualified and participated at the 2008 Beijing Olympics where they made it to the quarter finals. In addition to the Men’s Pro game and International coaching experience, Paul has worked in the Women’s Professional game with St. Louis Athletica (WPS) and collegiate game with Tulane, University of Louisville and Florida State University. With FSU Rogers helped the Seminoles to the NCAA College Cup Final.

Paul is also an instructor (educator) for U.S. Soccer (USSF), where he teaches the Goalkeeping License and the goalkeeping section of the USSF A, B, and C Licenses. Rogers also coaches at the USL Pro combine to help prepare goalkeepers and out field players alike for the showcase event.

As a goalkeeper, Rogers had spells at numerous professional and semi-professional clubs in England, spending time with Queens Park Rangers, Plymouth Argyle, and Brighton and Hove Albion in the professional ranks and Crawley Town, Fisher Athletic, Lewes FC, and Bognor Regis Town in the Nationwide Conference. He also represented Great Britain in the World University Games in Daegu, South Korea, in 2003 and played professionally in the United States for the A-League Indiana Blast.

On top of the coaching qualifications, Rogers earned a bachelor’s degree in sport administration. 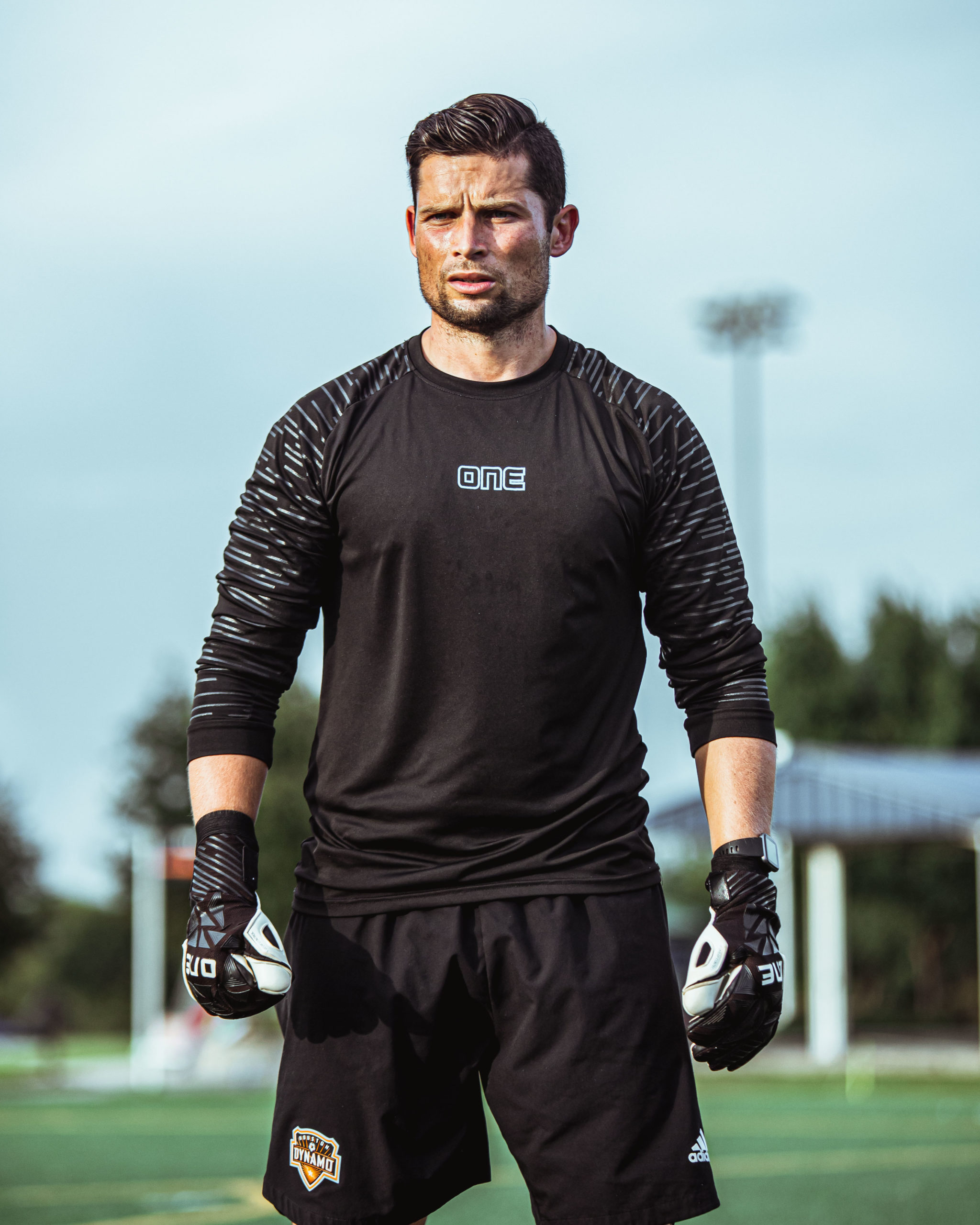 Ryan began in Ireland working with several underage International development squads while playing in the League of Ireland, and spent time with Bray wanderers in the LOI while working as the GK coach for the u17 academy team.
Ryan went into full time coaching in 2018 at the University of Central Florida, a top #10 soccer program here in the US, where he was part of a coaching staff of the year.

Following his stint in Florida Ryan signed with Forward Madison in February 2019 in a dual role working as both a player and a goalkeeper coach for the USL league One. Ryan went onto have his first season as a professional GK coach, forcing him to learn & grow massively.

In 2020 Ryan took a big step forward by joining the Houston Dynamo organization of the MLS, working with their USL affiliate RGV Toros.

Ryan has said he enjoy’s the challenges the dual role presents through playing & coaching, but manages his time to review & analyze after each & every session. Ryan takes massive pride in the organization of sessions where everything is meticulously planned, recorded, and broken down for review. 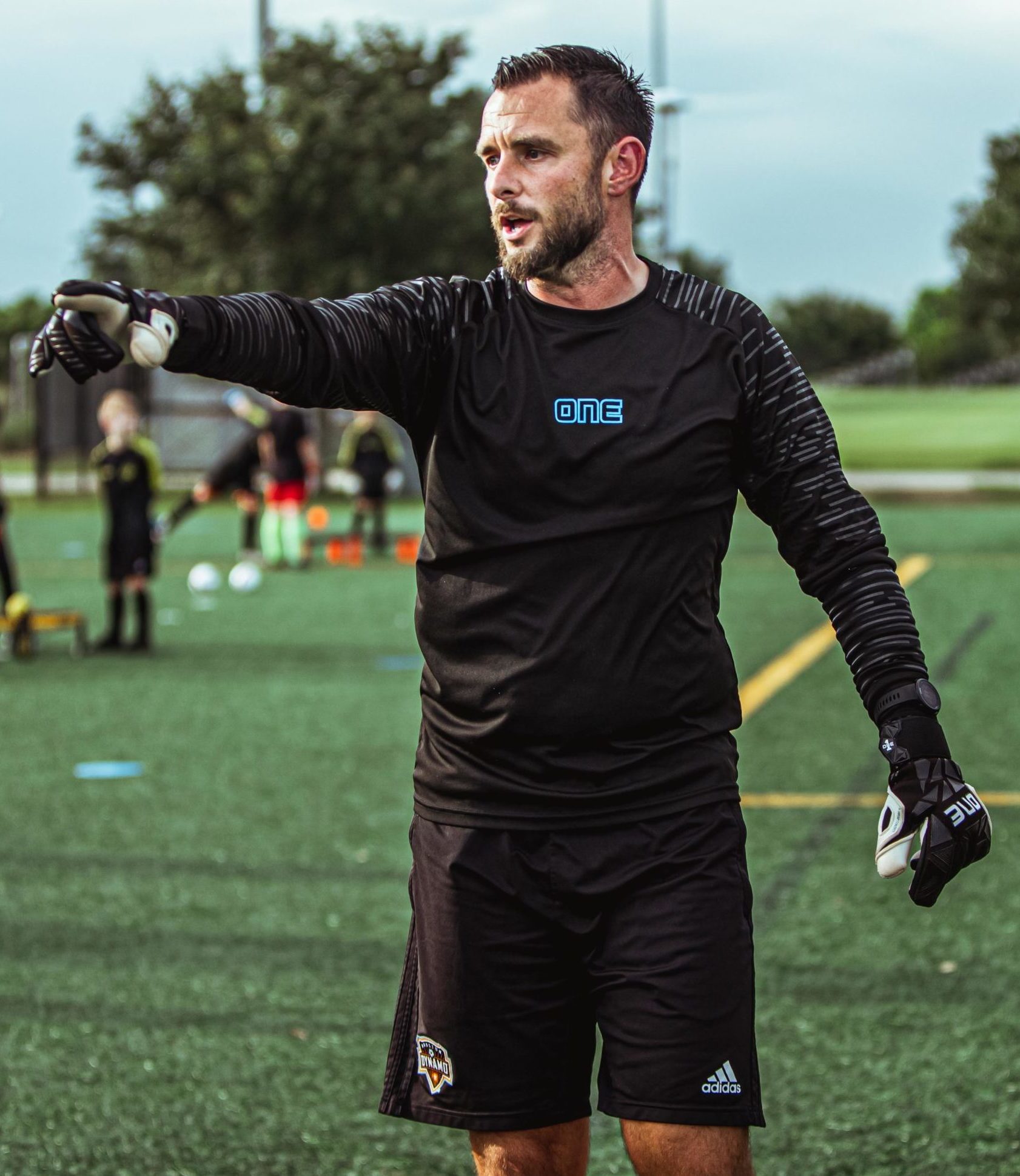 Jason has been working with PGK since 2013. A UEFA and USSF licensed coach, Jason has experience coaching in the Youth and College game as well as Coach Education roles with the NSCAA. He currently serves as the Goalkeeper coach for Houston Dynamo of the MLS. Jason comes to the Dynamo from IMG, before his time their Jason was the goalkeeper coach for Quinnipiac University in CT. Jason has also held roles as a Director of Goalkeeping at FSA, Director of Staffing at SoccerPlus camps and the U.S Training center’s Goalkeeper coach for CT and NY.

Prior to moving to America to begin a career in coaching, Jason played at the Forest Green Rovers Academy in England. He Represented his county, Wiltshire at the U18, U21 Level. 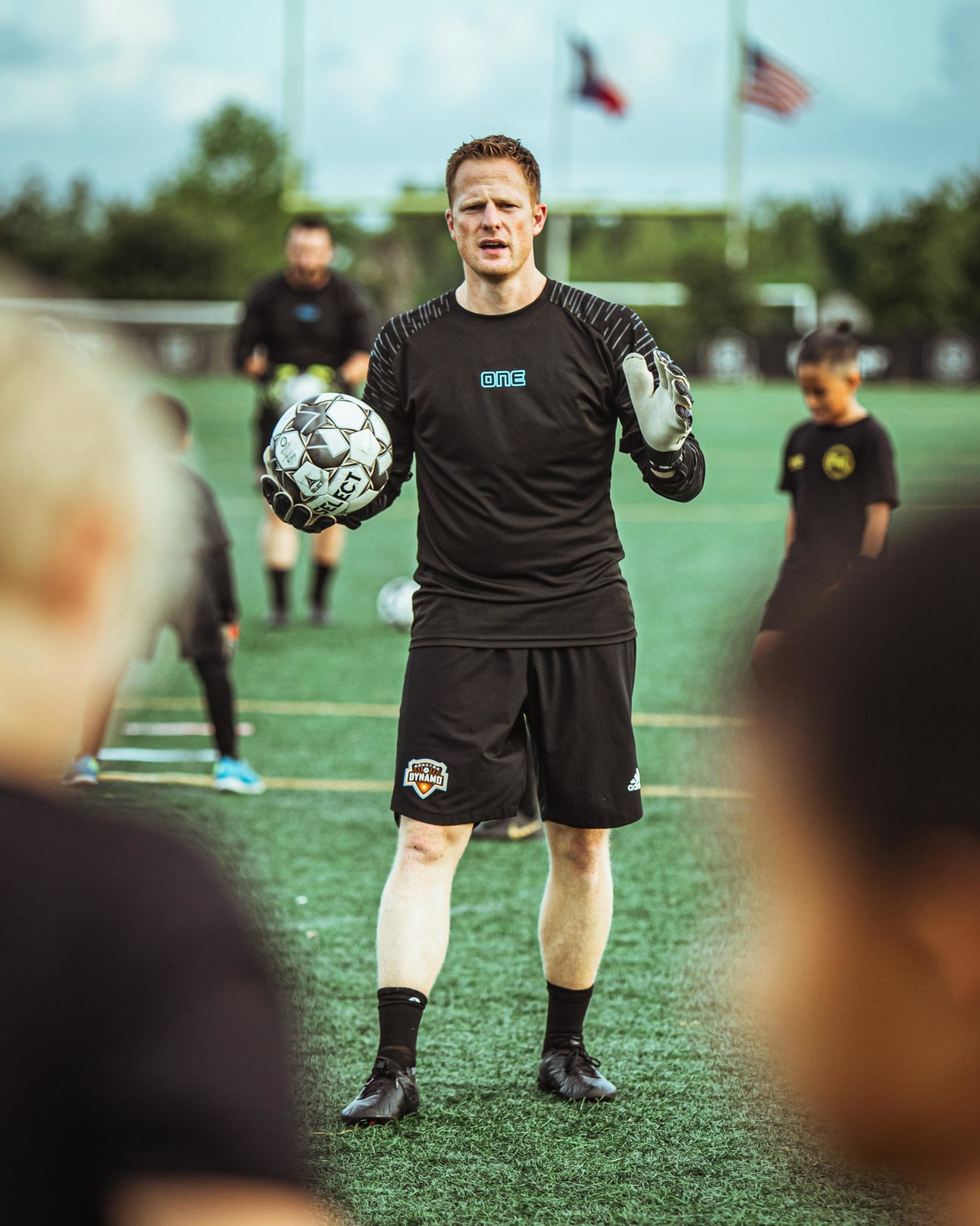 A USSF and NSCAA Licensed coach with 9 years of Division 1 Collegiate and youth coaching experience.  Currently the Assistant and Goalkeeper Coach at Rice University in Houston. Prior to Rice, Brenton was an Assistant Coach at Mercer University for 4 years (2012 – 2016).  While at Mercer the Bears made 3 conference finals in 4 years and were 2014 SoCon Champions. While at Mercer, the Bears also finished the 2012 and 2014 seasons regionally ranked and with the highest win totals in school history. With a defense that Saylor helped direct,  the Bears finished 14th in the nation in 2012 for Goals Against Average and 25th in the nation in the same category in 2014. Under the tutelage of Saylor, Goalkeeper Maggie Cropp was the 2012 NCAA Statistical Leader having the lowest Goals Against Average and Highest Shutout Percentage in the nation.  She was also a 1st team All-Conference Selection and 2014 SoCon Tournament MVP.  Saylor also spent 2 years as the Assistant and Goalkeeper Coach at Eastern Kentucky University (2010 – 2012) and 2 years in the same role at the University of Tennessee – Martin (2008 – 2010).

Saylor was also involved on the youth level and has been on the US Youth Soccer Region 2 and Region 3 coaching staffs.

Before pursuing a career in coaching, Saylor was the starting goalkeeper at Lambuth University from 2004-07. During his stellar collegiate career, Saylor earned such honors as an NAIA All-American, an NAIA All-Region selection and Lambuth’s 2007 Male Athlete of the Year. He helped lead the Eagles to a Trans-South Conference Championship.  He also played in the Premier Development League with the Memphis Express (2005) and was the starting goalkeeper for the St. Louis Lions from 2006 – 2011. He also was the PDL statistical leader for Goals Against Average in the 2006 season and was a participant in the USL Combine in 2008.

A native of Lincoln, Ill., Saylor earned his bachelor’s degree in sports management from Lambuth in 2008 and finished his master’s degree in education with an emphasis on health and human performance at UT-Martin in December of 2013.