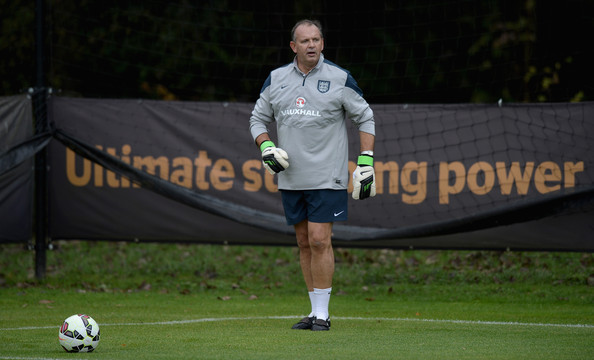 Who is developing the best male and female keepers in the world, and what sets them apart from the rest?
I don’t feel I have the “worldwide” knowledge of women’s football to comment on the female goalkeepers, but with regard to the male goalkeepers I don’t believe that any country can profess to be the “best” developers of goalkeepers. If you said over the last 40 years or so which individual country has produced the most “Worldclass” goalkeepers, then I believe it would be England: Gordon Banks, Peter Shilton, Ray Clemence and David Seaman. I also believe that Pat Jennings (Northern Ireland) and Neville Southall (Wales) would come into this same category. Within Europe Denmark had Peter Schmeichel, Germany had Sepp Maier, Toni Schumacher and Oliver Kahn, Italy had Dino Zoff and Gigi Buffon, Holland Hans Van Breukelen and Edwin Van Der Sar, Russia Lev Yashin and Rinat Dasayev, Spain had Antonio Zubizarretta and Iker Casillas, France had Fabian Barthez, and the Czech Republic has Petr Cech. I believe that only three “worldclass” goalkeepers have come out of South America, Ubaldo Fillol from Argentina and Claudio Taffarel and Nelson Dida from Brazil.

I think in England over the last 30 years we have had goalkeepers from every part of the World. For instance, if you looked at the breakdown of how many of these goalkeepers have come to England, and how many have been deemed successful (playing at least 100 games in the Premier League / 1st division or currently playing at the “Big Four”; Kusczak / Reina have not played 100 games yet) then these are the findings, although many of these goalkeepers were already Senior Internationals when they arrived.

The statistics would say that the USA has had the most successful imports, since 4 of the 11 goalkeepers have made a major contribution to the English game, have accumulated nearly 1500 games between them and are still playing at the highest level.
As to why they have been so successful?
In my opinion, being brought up in the American Football, Basketball, Baseball environment must have been a benefit to them in terms of hand and eye co-ordination and ball handling skills. I don’t know any of the goalkeepers personally, but I have to say that they all seem to be model professionals with a hunger to succeed. I also think that one of the biggest qualities you need to “play in the Premiership” is mental strength that I believe both the USA and Australians promote in whatever “sporting” arena. Finally, they are very talented goalkeepers who have adapted to the English game better than their European counterparts.
If you had asked me this same question 5 years ago I would have said Spain, as at that time they were “developing” quality young goalkeepers like Casillas (Real Madrid), Victor Valdes (Barcelona) and Pepe Reina (Villa Real), all under 21. But since then, the “conveyor” belt has slowed down.
I believe that in England we have had a very good “Development Program” over the last 10 years, I think we now have the best crop of young goalkeepers for some time. Lately there has been criticism especially since not qualifying for the European Championships 2008, but the facts are we still have 6 goalkeepers playing regularly in the Premiership: Robinson (Spurs  28), Green (West Ham  27), Kirkland (Wigan  26), Bywater (Derby  26), Carson (Aston Villa  22), Hart (Manchester City  20) and also Ben Foster (Man Utd  24) who is just returning from a long term injury and will almost certainly become Manchester United Number 1.
As well as these, many of the goalkeepers who played in our U19’s have had very good careers and are first choices at their clubs.

The season is longer in Europe then here in the US, how much time do the players get off?
The time off for the players varies. The season normally finishes around the second week of May and the players return for Pre – season training around about the 1st July. The exceptions to this will be the teams that reach the FA Cup Final, who will go through to the 3rd week of May, and the teams that make the Play Offs / Champions League who finish at the end of May. The Premiership teams not involved in the FA Cup or Champions League normally have “commercial” commitments (overseas fixtures) following the end of the season, which means they don’t break up until the 3rd week of May. Most of the clubs then give the players two weeks holiday, but put in place two “maintenance” sessions per week throughout the break, especially for the young professionals.

And out of season, do you encourage total rest or do your keepers still do some type of training/cardio work? And do they have a longer pre-season than the field players? What is the most critical element in a training session when dealing with just GKs?
The clubs encourage total rest for the two-week holiday but then undertake the “maintenance” program. This program is generic and not position specific.
The goalkeepers do not have a longer Pre Season program than the outfield players. They return on or about the 1st July. With regard the most critical element in a training session at this time of the season, I believe that there are 4 elements that are critical:

Do you have any advice for an American GK coach who wants to get involved in taking the FA and UEFA GK courses? Will the FA or UEFA ever run anything in the US?
The first thing I would say is that the particular coach needs to speak to somebody who has attended the FA Courses and get their observations. I believe the courses, especially at GK B License (L3) and GK A License (L4), address “Coaching the goalkeeper within the game”, with the theme being that “THE GOALKEEPER IS A PART OF THE TEAM NOT APART FROM THE TEAM”. It is my belief that unless this type of coaching is introduced you only develop a technically efficient goalkeeper and not a tactically astute goalkeeper. Whether they will become an excellent goalkeeper or an average goalkeeper won’t be whether they can make the top corner save, it will be how good is their “decision making” when playing the game. “The technically best goalkeepers are not always the most effective goalkeepers.”

As to whether the FA or UEFA will ever run anything in the US then I don’t know. We currently run courses for the Asian Football Confederation (AFC) and have invites on the table from other Federations to deliver GK Coaching Education Courses. I know currently some of our qualified coaches here in England go to the US during the Summer break to coach, and Roy Tunks who was the Goalkeeping Coach at Blackburn Rovers and worked part-time for the FA, has recently taken up a post at Brad Friedel’s Academy in the US.

When educating GK coaches, what do you feel needs to be emphasized the most?
As above, I believe things are getting better, but 10 years ago many of the GK coaches were only coaching the goalkeepers technically and in isolation, I think the best goalkeeping coaches are the ones that can actually coach the goalkeeper and the defensive unit. This is why when introducing our Goalkeeping Coaching Education Program we made it mandatory that you have to have your equivalent level of general coaching before you undertake the goalkeeping qualification.

Initially there was some resistance to this with the question, “why do I have to do the general coaching because I only want to be the goalkeeping coach”.
Thankfully this mentality is changing and now coaches appreciate the need to have a good understanding of “Team” strategy. The coaches who have now gone through this process now have a far greater knowledge of the game, and have also found that they have far more credibility within the club, as they are no longer deemed as only the Goalkeeping Coach. Also, for those coaches working at the lower levels of Professional Football, due to financial restraints, some of them have been asked to take up dual roles as Club Goalkeeping Coach and manager of the Reserves. The experience that they have gone through prepares them for this scenario.

With Tim Howard, Kasey Keller, Brad Friedel, Marcus Hahnemann in the premiership now, why do you think the American Goalkeepers have been so successful in England?
I think I addressed this in the first question, I don’t know any of the goalkeepers personally but I also talk to a lot of players, coaches etc and the feedback that they have given me really endorsed my observations.

How long do you wait after a game to address match-specific situations with your goalkeeper?
Initially, I address the goalkeeper very briefly after the game but in no great detail. I don’t like to get into heavy discussions straight after the game for a number of reasons: first I don’t think it’s the best time to address anything as the goalkeeper has just got off the pitch and emotions are running high: second, I think the goalkeeper needs time to analyze in his / her own mind how the game went: third, sitting down at ground level on the half-way line is not the ideal position to be making decisions on whether the GK should have done this or done that. We are fortunate in that we have all our games filmed for us by our video analyst. They then edit the game down to approx 8-10 minutes, which includes all the footage of the goalkeeper. The goalkeeper(s) and I watch the footage together and get each other’s points of view or observations.

During the season how often do your keepers go into the Resistance/weight room and what sort of strength work do they do?
Every day other than match day, each goalkeeper has his or her own individual program which has been formulated by the Club Conditioning Coach in liaison with the GK Coach. We now have an Award at the FA called the Fitness Trainers Award and most of the personnel involved within the professional game have gone through this qualification. They deal with all the monitoring (i.e. Weight, body fat%, hydration levels etc) and put together a balanced program for the needs of the individual goalkeepers. If the goalkeepers are selected for the International squads they undertake their programs as if they were back at their clubs, under the supervision of the FA Fitness / Conditioning coach which we take with every International team.

In your opinions who are the up and coming keepers right now?
I have been with the England Youth / U21 squads since 1996 and have been very fortunate to witness the development of some of the goalkeepers that I earlier deemed “world-class”. (E.g. the likes of Buffon, Casillas and Cech etc.)
I can only talk of Europe because I don’t know enough about the best Youth goalkeepers in other continents, but for me Joe Hart who is the England U21 goalkeeper and playing regularly for Manchester City in the Premiership, is one of the best in Europe within this age band.

In no particular order all of the following goalkeepers have impressed me over the last couple of years whilst playing against England:

These all have what is “potential”. It would be great to have a crystal ball and see where they all end up, but that’s what makes Talent Identification such a fascinating process!!!!

Performance Goalkeeping would like to thank Thommo and the English FA for his time and wish him all the best moving forward.