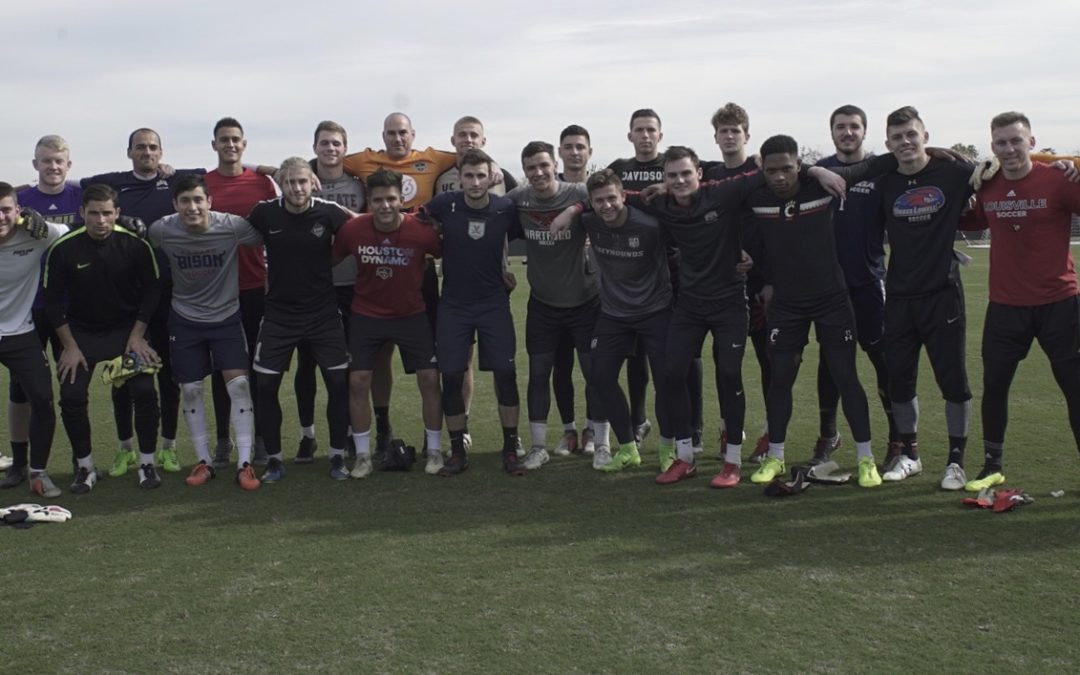 In the Fall of 2016, Paul Rogers are I were reviewing a long list of potential college goalkeepers that were due to enter the 2017 MLS draft. After hours of reviewing videos, we came to a realization we were unable to prepare at depth needed for such a task.  We were very much behind on the amount of time and due diligence needed in the recruitment process and, unfortunately, this resulted in an unsuccessful 2017 player recruitment.
As a result of this, plans were immediately put in place to create a “Pro Camp”. Pro Camp helped us identify potential recruits sooner and provide better insight to their skills and decision making with our hands-on approach. We targeted the top senior goalkeepers coming out of college and a number of out of contract USL Goalkeepers. The format created was simple, yet extremely professional- six field sessions, video analysis, stadium tour and individual meetings over a 3-day span. The cost for the camp? Free. Players were responsible for their own flights and we arranged discounted accommodation at our club’s hotel.

In December 2017, we ran our first Pro Camp. With the help of Bill Reno and endless hours of video scouting, the camp consisted of 16 Goalkeepers from around the country who were in pursuit of playing professionally. Overall, the camp was a major success for us as a club. In January 2018, we drafted Michael Nelson in the 1st round and signed Nico Corti and Matt Sanchez to our USL affiliate, RGV FC. That year, there were even more success stories to come from this camp. Patrick McClain signed for Chicago Fire, Paul Christian to Atlanta United, Scott Levene to New York Red Bull, Brandon Miller to Charlotte Independence and Jordan Farr to Indy Eleven.

As we entered 2018, we knew we had to make small changes to strengthen the program. This time, we not only targeted the top senior class but looked closer at the top junior and sophomore classes. We wanted the camp to be a platform where young high potential academy goalkeepers could be integrated into a professional environment to help speed up their development pathway. There were great benefits to be had by exposing more academy goalkeepers to the realities of senior soccer. With the completion of our second camp, we had several more successful recruitments. We signed Ben Willis from Gonzaga University to RGV FC and Chase Vosvick to our USL 2 franchise, Brazos Valley Cavalry FC. We are happy to boast that the following goalkeepers went on to professional contacts- Kienan Weekes to Phoenix Rising, Paul Blanchette to New York Cosmos and Ryan Coulter to Forward Madison as a player/coach. The camp also hosted three goalkeepers who were later drafted in the 2019 MLS draft. Parker Siegfried was drafted to New York City FC, Wallis Lapsley headed to New York Red Bulls and Hartford’s Jimmy Slayton joined Real Salt Lake. In the summer of 2019, BV Cavalry’s Chase Vosvick went on to become “Goalkeeper of the Year” for the USL 2 Mid-South Division. Chase was also integrated on a number of occasions into 1st team training at the Houston Dynamo. We recently completed the 2019 Pro Camp. With the rapid success of the camp, we were able to expand the talent pool by bringing in goalkeepers from England, France and South America as well as top college prospects from around the country. We’ve continued to have multiple success stories through this program. Ryan Coulter was hand-picked through the program and made a successful transition from Forward Madison to the Houston Dynamo staff. Remi Prieur signed for Sporting KC while goalkeeper coach, Yuta Nomura, joined the staff at New England Revolution. Logan Erb from the Dynamo Academy emerged as a young talent who was capable of making an impact in the environment. Six weeks after completing the camp, 16-year-old Logan was invited into Tab Ramos’ first preseason camp. 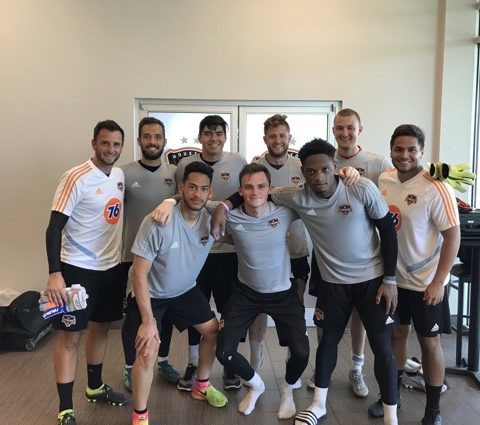 Overall, we are excited with how the camp has continued to evolve. The hands-on training allowed us to get to know each goalkeeper both on and off the field. We are extremely proud of the goalkeepers and coaches that have come through the camp and progressed into the professional game.

We are currently in very exciting times at the Houston Dynamo. Tab is expecting the Academy to produce top young talent that can be nurtured in the first team environment. We believe with a little more time and effort on our local coach education, player development and national scouting we can continue to evolve the way we are bringing goalkeepers into the club.